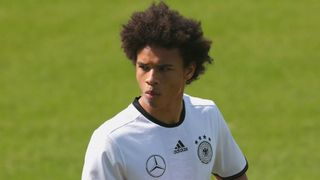 Schalke sporting director Christian Heidel says Leroy Sane has not asked to leave the club amid speculation linking him with Manchester City.

Pep Guardiola is believed to be a keen admirer of the Germany international and recent reports suggested City are ready to make Sane their fifth signing of the close-season after the arrival of Ilkay Gundogan, Aaron Mooy, Nolito and Oleksandr Zinchenko.

Nevertheless, Schalke are adamant the winger has not submitted a transfer request and they are unwilling to open talks with interested clubs unless the 20-year-old specifically asks for a move.

"Leroy has not told us that he wants to leave Schalke for now," Heidel told Bild.

"If that were to happen, interested clubs could approach us to discuss a move.

"If Leroy wants a transfer, we will make a quick decision on what happens. I want to emphasise it is our decision.

Sane has a contract with Schalke until June 2019.