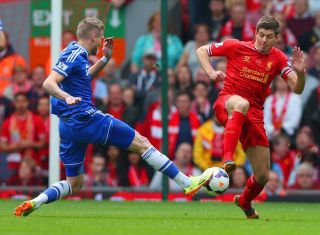 Mourinho's overtly defensive approach was criticised in some quarters as 'negative', but Chelsea still landed a blow to the hosts' title hopes at Anfield.

Forced to soak up plenty of pressure from Brendan Rodgers' usually free-scoring side, Mourinho saw Demba Ba capitalise on a Steven Gerrard slip before Willian added a second late on following a swift break from a Liverpool corner.

Rodgers said Chelsea "played with a back six right from the off" but Schurrle maintains that there was nothing wrong with the visitors' style of play.

"If people look at us and say 'Chelsea can't play' even when we win, it's just because they're jealous," said Schurrle in quotes reported by the British press.

"We felt it was brilliant, a perfect game. We did exactly what we needed to do and what we were told to do.

"We wanted to win but we knew we needed to play with a compact defence and that then we'd have a few little chances to score, which is exactly what happened. Winning is the most important thing.

"You can play perfect football, lots of one-touch stuff, and you lose. But that's not what you want — you want to win."

The victory puts Chelsea two points behind leaders Liverpool and one ahead of Manchester City, having played a game more than Manuel Pellegrini's men.