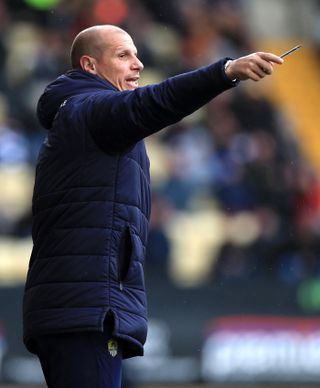 Scunthorpe manager Neil Cox has a significant injury list ahead of the club’s Carabao Cup first-round tie with Port Vale.

Striker Olufela Olomola has sustained a hamstring injury and will be sidelined for at least eight weeks, with Kevin van Veen also out of action until November with a knee issue.

Defender Emmanuel Onariase has had a hernia operation and is therefore a doubtful inclusion.

Captain Jordan Clarke is lacking fitness after a calf issue and so too is fellow defender Harrison McGahey, meaning both could be rested.

Port Vale boss John Askey is likely to make a late call on the fitness of a handful of squad members.

All four players have since returned to training and could feature if they are able to regain fitness in time.

Only defender James Gibbons is completely ruled out due to a knee injury, but is not expected to be a long-term absentee.