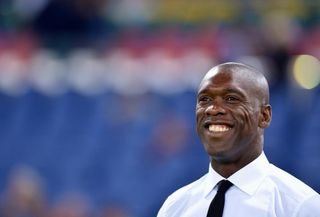 The 2-0 defeat also ended Milan's five-match winning run but Seedorf was satisfied with his side's showing in defeat.

The Dutchman wants his charges to produce a similar performance in the Milan derby next Sunday as they seek to gain revenge for a 1-0 loss in the reverse fixture.

"I think Roma have won their last 15 home matches (actually 13 out of the last 14). I saw Milan play in a dignified way against a side that have been doing well since the start of the season.

"There’s no shame in losing against a side like this. They believe strongly in their title chances. We’ve got 15 points from six matches. The team are on the right road."

Seedorf, who took over from Massimiliano Allegri in January, has been the subject of reports linking him with an exit in the close-season.

However, after Milan's recent run of wins, Seedorf believes his players deserve credit, even though the club have failed to challenge the dominance of Juventus and Roma this season.

"I do what I can and I think that the team are doing well," he added.

"There are particular years in the league where the top teams are way ahead of the rest but all credit to Juventus and Roma who are having great seasons."