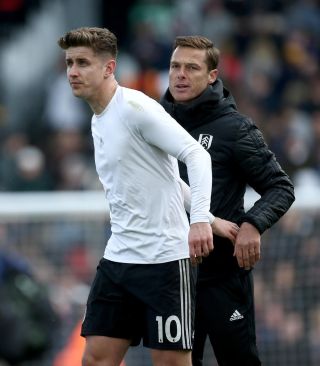 Fulham manager Scott Parker has a few selection concerns ahead of the FA Cup third-round tie against Aston Villa.

Defender Steven Sessegnon has been carrying a groin problem, which saw him miss the Sky Bet Championship defeat by Reading on New Year’s Day.

Harrison Reed (calf) was forced off early on against the Royals, so is another doubt, while midfielder Josh Onomah (illness) and captain Tom Cairney (calf) also continue to be assessed along with defender Alfie Mawson, who is recovering from a muscular problem.

Centre-back Michael Hector should now be eligible for a belated debut following a move from Chelsea, which was confirmed back in September and has seen him training with the Cottagers since.

Aston Villa’s Tom Heaton and Wesley have been ruled out for the rest of the season.

The pair suffered serious knee injuries in Wednesday’s 2-1 win at Burnley with goalkeeper Heaton also set to miss Euro 2020 with England this summer.