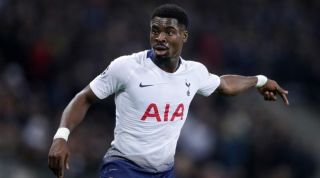 Tottenham defender Serge Aurier wishes to leave the club before the European transfer window closes on September 2, according to the Daily Mail.

PSG are interested in re-signing a player they sold to Spurs for £23m in 2017.

And Milan are also monitoring the situation as they look to bolster their backline ahead of the Serie A season.

Kyle Walker-Peters started at right-back in Tottenham's 3-1 victory over Aston Villa on Saturday, while Juan Foyth is also expected to get games in that position once he returns from injury.

Aurier was an unused substitute in the Champions League final defeat by Liverpool and has not played for Spurs since March.