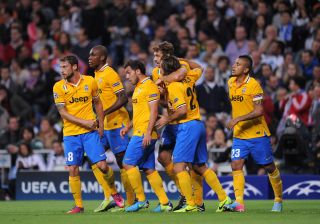 The reigning champions suffered a second-half collapse as they let a two-goal advantage slip in their 4-2 defeat to Fiorentina in their last Serie A outing.

And Antonio Conte's side followed that disappointment up by succumbing to a 2-1 UEFA Champions League loss to Real Madrid at the Bernabeu on Wednesday.

Despite those setbacks, Juventus are in good shape overall in Serie A, having amassed 19 points from eight games to sit third in the table.

The Turin outfit have a 100 per cent winning record at the Juventus Stadium in the league this season too, seeing off Lazio, Verona and Milan on their own turf so far.

Ahead of the match with Genoa, defender Andrea Barzagli called on the side to bounce back and stop shipping goals.

"It will be another important game, we need to get back to winning ways as soon as possible in order to forget what happened in Florence," he told the club's official website.

"Genoa have recently changed manager and I think they’ll come here to sit back and put bodies behind the ball.

“We know we’ve got to improve after conceding a few too many goals in our most recent fixtures. It’s not that we’re giving that much more away this season, we just need to cut down on the individual mistakes."

Conte has no fresh injury concerns, with Mirko Vucinic and Simone Pepe (both thigh) set to be their only absentees.

Gian Piero Gasperini - who began his second spell at Genoa last month - will look to guide his team to a second consecutive Serie A victory.

Alberto Gilardino was the hero in their 2-1 triumph over Chievo last time out, as his double sandwiched an effort from Simone Bentivoglio.

But Genoa have struggled for consistency this season, and occupy 15th position having garnered just two victories from eight league games.