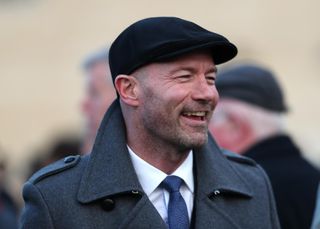 Alan Shearer and Thierry Henry lead the star-studded list of pundits signed up by Amazon Prime for their coverage of the Premier League next month.

The streaming service will exclusively show 20 matches in December, starting with the midweek round of games at the start of the month followed by a Boxing Day marathon, where nine fixtures will be shown on the same day.

Manchester City’s trip to Wolves on December 27 will conclude the coverage.

BBC Sport’s Gabby Logan, who already presents on Amazon, will be hosting the coverage along side Jim Rosenthal and Eilidh Barbour.

The Merseyside derby, Tottenham’s trip to Manchester United and Liverpool’s visit to Leicester are just some of the games to be featured.