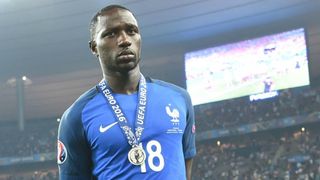 Hosts France were unable to make it over the final hurdle in their bid for a third European Championship crown at the Stade de France, stunned 1-0 by Portugal after extra time in Paris.

Despite losing captain Cristiano Ronaldo to injury in the first half, Portugal emerged triumphant thanks to substitute Eder's 109th-minute strike, after Sissoko had come close, while Andre-Pierre Gignac almost scored a stoppage-time winner in regulation as his shot hit the post.

Speaking afterwards, Sissoko said: "There is a lot of disappointment and sadness in the locker room because we did a very good match.

"We had a lot of chances, we showed some great things in the game.

"Football is like that, we can show beautiful things and lose. We must digest this big disappointment, we really wanted to win this competition.

"It was a great adventure, a great competition at home. Our public has always been behind us.

"We lacked a bit of luck, we must accept it, we have no choice. We'll have to come back even stronger."