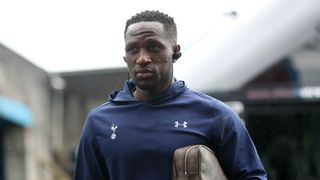 Moussa Sissoko hopes his Tottenham nightmare will come to an end during the close-season after enduring what he describes as "the worst season of my career" on a personal level at White Hart Lane.

The France international sealed a move to Spurs from relegated Newcastle United last August for a deal reported to be worth £30million.

Sissoko was part of Didier Deschamps' squad that finished as runners-up at Euro 2016, but he has struggled for game time at club level under Mauricio Pochettino.

He has only started eight of his 25 Premier League appearances for Tottenham, with just two of them coming in 2017, and Sissoko is hoping for a fresh start in 2017-18.

"Even though I never thought I would play all the games, I was not expecting such a small amount of playing time," he told L'Equipe.

"It was the worst season of my career even though as a team it was certainly the best, so it's weird.

"We'll talk with my agent to make the best decision.

"I don't think [the fee] will be a problem. They know I am no longer a kid: I am 27 and I need to get to the 2018 World Cup. If a situation arrives where I can leave, I hope they don't cause problems.

"Everyone knows that I would prefer to stay in England but I have not closed the door on other leagues.

"We will see if there are offers, but Ligue 1 is attractive. We saw that last season with Paris Saint-Germain and Monaco, but also with teams like Lyon, Nice and Marseille.

"I will analyse everything and make the best decision."