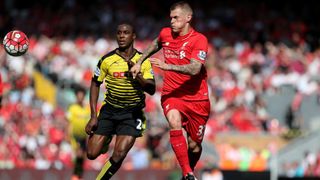 Fenerbahce have completed the signing of central defender Martin Skrtel from Liverpool for a reported fee of £5.5million.

The 31-year-old, who joined Liverpool from Zenit in 2008, played 22 times in the Premier League last season, but saw his first-team opportunities reduced following the arrival of Jurgen Klopp as manager in October 2015.

He has been a fine servant to the Merseyside club, however, clocking up 242 Premier League appearances, behind only Jamie Carragher, Steven Gerrard, Sami Hyypia, Pepe Reina and Robbie Fowler.

Slovakia international Skrtel arrived in Istanbul on Tuesday and said: "Fenerbahce is a giant club, a great club. Therefore I accepted their offer."

He will be presented to the media on Friday.