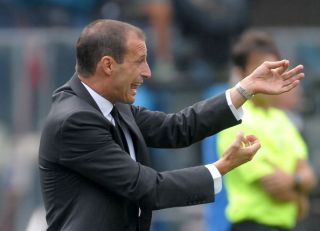 But their qualification for this season's group stages hangs firmly in the balance following their 1-1 draw in the first leg of their play-off against Dutch outfit PSV Eindhoven.

Milan welcome PSV to the San Siro for the return leg on Wednesday, and the Eredivisie club have never won at the stadium before.

The Italian giants will also be keen to atone for is their shock opening day Serie A defeat at the hands of Verona.

Milan struggled against a team who were playing their first top-flight game for 11 years - eventually falling to a 2-1 loss, and coach Massimiliano Allegri knows his side needs to lift.

"We know how important the game is," Allegri said.

"We will be facing a team that plays good football. They have a young squad and they play very well.

"They created some difficulties for us in Eindhoven, but our performance was good back then and we need to repeat it tomorrow."

Milan midfielder Riccardo Montolivo said the team was 'angry' after their showing against Verona, and are determined to bounce back in the best possible fashion.

"We've been talking about the game against Verona from the moment it was over, because we were disappointed and angry with ourselves," he said.

"We put in a poor performance, so we are really eager to show that we are not the same side who went onto the pitch, and performed so miserably last Saturday in Verona."