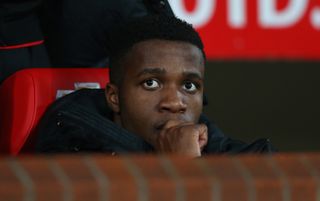 The Manchester United winger has not started a Premier League game for the champions since agreeing a move from Crystal Palace last January, having been loaned back to the London club for the remainder of last season.

Zaha links up with former United striker Solskjaer at the Cardiff City Stadium as well as defender Fabio, who is on the verge of switching from Old Trafford.

"That signing should be done by now. His name is on the paperwork. He is a Cardiff player," said Solskjaer on Friday when quizzed on Zaha.

The former Molde boss believes Zaha can make a big difference at Cardiff, who are bottom of the Premier League.

"He has pace, power, technical ability and goes past people. He will give us that extra change of tempo in the final third, where we really need it," the Norwegian continued.

"He will bring that little final bit to find pockets of space and produce a bit of magic."