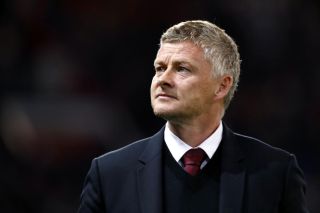 Ole Gunnar Solskjaer knows it is vital Manchester United win at Newcastle United on Sunday in order to “change the mood” at the club.

The Red Devils have endured a difficult start to the season and have only nine points after seven Premier League games.

A big problem for Man United has been a lack of victories on the road, dating back to the 3-1 Champions League success over Paris St Germain in March.

Next up for #MUFC, a return to #PL action on Sunday away to Newcastle (kick-off 16:30 BST). pic.twitter.com/dDJMofMXcR— Manchester United (@ManUtd) October 4, 2019

On Thursday, Solskjaer declared he was “very pleased” with the performance in the goalless draw at AZ Alkmaar in the Europa League.

However, the former striker is well aware of the need for wins and believes a victory at St James Park could give everyone at the club a much-needed lift before a break in the schedule for the latest round of international games.

“Of course you don’t enjoy not winning games because you put your life, heart and soul into this club when you become part of it and you want to do well,” Solskjaer told Sky Sports.

“In this job when you win games of course your mood is better and you’re happier. It doesn’t mean your performances have been great, but results change the mood.

“For us to get a result, it is vital now because I think it will change the mood and the boys can go away for the international break and freshen up their heads.”

Solskjaer will be taking on ex-United defender Steve Bruce, who has only achieved one league victory since taking over at Newcastle this summer.