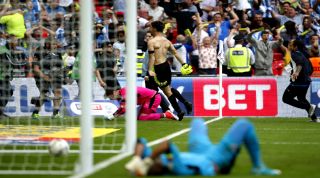 Huddersfield supporters who have held season tickets for the last nine years will be able to watch every Premier League home game for just £100 next season.

However, that doesn't mean the club's standard season tickets aren't affordable. More than 17,000 supporters have committed for the exciting Premier League campaign at a very respectable price of £199.

So more great news for Huddersfield fans, who had to witness a nerve-racking penalty shoot-out against Reading in the play-off final on Monday. Christopher Schindler scored the decisive spot-kick to win the £170 million match (figure according to Deloitte) and send David Wagner's side up to the top flight.