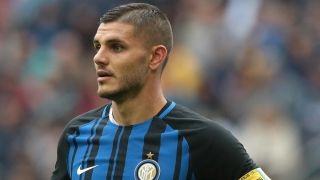 Argentina international Icardi signed a new contract until 2021 in October, with a buyout clause worth around €110million reportedly included.

The 24-year-old already has five goals to his name in three Serie matches this season, having netted 24 last term and Spalletti is determined to offer fresh terms to his star forward amid links with Arsenal.

"Icardi should be given the highest clause possible," Spalletti told Premium Sport.

"He's at the level of Isco [whose new Real Madrid contract has a €700m release clause] and all the top players."

Icardi scored in the 2-0 win over SPAL last time out as undefeated Inter travel to lowly Crotone on Saturday.