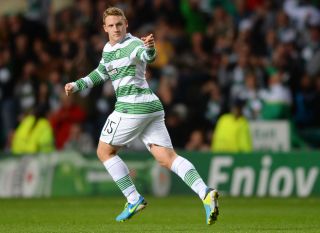 Midfielder Kris Commons opened the scoring with a stylish backheel just prior to half-time, while defender Efe Ambrose headed in the visitors' second nine minutes after the interval.

Commons put the game beyond doubt 14 minutes from time when he pounced for his second following Motherwell goalkeeper Gunnar Nielsen's failure to deal with an Emilio Izaguirre shot.

Celtic refused to take their foot of the gas and added a fourth through striker Anthony Stokes, who swept home from Teemu Pukki's cross.

The rout was completed in injury time as substitute Bahrudin Atajic scored his first goal for the club.