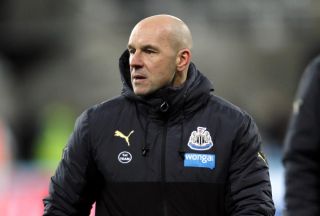 Burnley coach Steve Stone has returned to the club following the conclusion of an independent investigation, the PA news agency understands.

Former Nottingham Forest midfielder Stone, the Clarets’ under-23s coach, was placed on an “agreed break” in October following reports of an allegation of bullying.

Burnley did not make public the reason for 48-year-old Stone’s absence, nor have they disclosed the findings of the investigation.

The Premier League club revealed in October that the matter was being handled independently and Stone has now returned to the club.

It is understood Andy Farrell will continue as under-23s coach in the short term and that Stone will be eased back into the role.

Stone, a former team-mate of Burnley boss Sean Dyche at Forest, joined the Clarets from Newcastle’s coaching staff in November 2018.

Burnley, 10th in the Premier League table, are bidding to extend their unbeaten league run to six matches at Newcastle on Saturday.