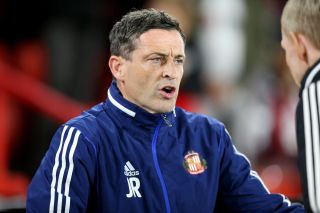 Sunderland have sacked manager Jack Ross amid claims that a prospective takeover of the club has collapsed.

The Black Cats parted company with the 43-year-old Scot on Tuesday afternoon barely an hour after a report emerged that a consortium led by American businessmen Glenn Fuhrman, Robert Platek and John Phelan – MSD Partners – had ended its interest in the League One club due to the asking price.

Announcing Ross’ departure, chairman Stewart Donald said: “This is a decision that has been made with a heavy heart. When we arrived at the club 18 months ago, we appointed Jack because we felt that he was the right man to take Sunderland forward over a number of years.

“Jack has worked extremely hard, and has helped us achieve stability at the club and I sincerely thank him for his efforts. I hope and believe that he will go on to have a successful career in management.”

Assistant manager James Fowler has been handed the reins for Tuesday night’s leasing.com Trophy clash against Grimsby with the the hunt for a replacement due to get under way on Wednesday.

However, Donald was swift to insist he remains committed to bringing fresh investment into the club and – without commenting on the state of play with the MSD bid – remains hopeful of doing so.

📰 #SAFC announce this afternoon that it has terminated the contract of manager Jack Ross.— Sunderland AFC (@SunderlandAFC) October 8, 2019

Replying to a fan’s tweet, he said: “I have done and am doing my best to attract investment from quality people.

“I cannot comment on where the deal is for investment yet – I said two weeks & I will update you. I can tell you there is no issue with valuations. I haven’t haggled price!

“I can’t comment much, it is still ongoing – so that tells you that we are still hopeful of investment.

“What I can confirm is that I have NEVER moved the valuation and there will be no way if a deal doesn’t happen it will be because of the price. I am working hard to get investment.”

The Black Cats currently lie sixth in the League One table, four points off the automatic promotion places with a game in hand on second-placed Wycombe, in their second campaign in the third tier after back-to-back relegations.

Former St Mirren boss Ross was handed the task of dragging them back into the Sky Bet Championship last summer and missed out in the play-off final with his side having drawn 19 of their 46 league games.

Large sections of the club’s support have grown increasingly frustrated in recent weeks with the team’s inability to see out games and repeated changes of personnel, and Saturday’s 2-0 defeat at Lincoln – just their second of the season – proved the final straw for many and ultimately, for Donald too.