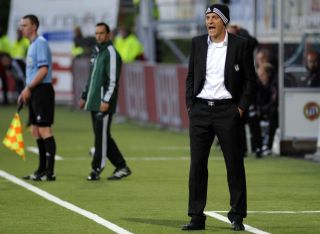 Slaven Bilic's side went behind after 11 minutes when Bjorn Vleminckx scored from the spot, but Manuel Fernandes drew the visitors team level 12 minutes later.

However, Besiktas were behind again when they went in at the break after Yasin Oztekin struck four minutes from the interval.

But the Istanbul club, who beat Trabzonspor 2-0 in their first game of the season, remain the only side in the league still with a 100 per cent record after two games thanks to three second-half goals.

Gokhan Tore got his second goal of the season before Julien Escude and Hugo Almeida wrapped up the points, while the hosts' misery was compunded when Randall Azofeifa was sent off in the 90th minute.

Elsewhere, Trabzonspor picked up their first points of the season with a 2-1 win over Rizespor at the Huseyin Avni Aker Stadium.

The home side took the lead after three minutes thanks to Adrian Mierzejewski's goal.

Tevfik Kose put Rizespor level five minutes before the break but Trabzonspor were soon ahead again four minutes into the second half as Florent Malouda got his first goal for the club and they held on for the victory.