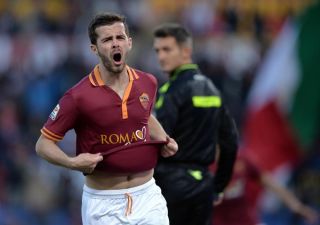 Roma midfielder Miralem Pjanic and left-sided Lazio player Senad Lulic are expected in a training camp on May 15, three days before the end of the league season.

The European nation will be competing at the FIFA World Cup for the first time, drawn against Argentina, Iran and Nigeria in Group F in Brazil.

Susic said he had already asked for the duo to be released before the end of the campaign.

"I have already asked the federation’s secretary to speak with Roma and Lazio," he told Radio Sarajevo.

"I want Pjanic and Lulic before the end of the season.

"As everyone knows, our preparations begin on May 15, and by that time I want all the players that are going to the tournament with me."

Roma may be certain to finish no higher or lower than second ahead of that trip to Genoa, while ninth-placed Lazio could be out of the running for a European place ahead of their clash against Bologna.