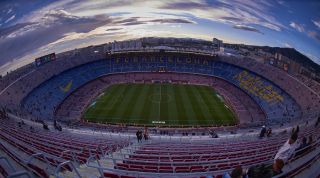 Barcelona are on the verge of completing a deal to sign Brazilian wonderkid Tailson, report Sport.

The 20-year-old midfielder has yet to make his senior debut but is highly thought of in his homeland.

Now a free agent after the expiration of his Santos contract, Tailson is set to move to the Camp Nou in the coming days.

The playmaker will initially join up with the Barcelona B team, but will hope to earn a promotion to the first-team ranks in due course.

Tailson will sign a three-year deal with the Catalan club, who beat off competition from several European rivals for his signature.

Barcelona continue to pursue Tailson's compatriot Neymar, but their most recent offer was rejected by PSG.