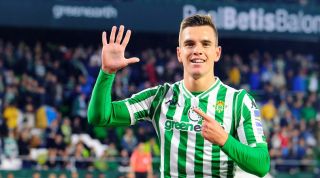 Tottenham are ready to break their transfer record twice for Giovani Lo Celso and Tanguy Ndombele, according to the Daily Mirror.

Mauricio Pochettino wants to refresh his squad ahead of Spurs' first full season in their new stadium.

The Argentinian has identified midfield as an area in particular need of strengthening, with Christian Eriksen keen to depart north London this summer.

And the Champions League runners-up are prepared to submit bids in excess of the £42m they paid Ajax for defender Davinson Sanchez.

Betis rejected Spurs' £53m ofer for Lo Celso last week, while Ndombele is valued at around £71m by Lyon.