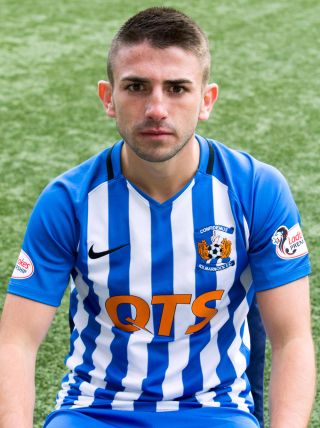 Greg Taylor does not expect any complaints from the Kilmarnock faithful if Steve Clarke quits to become Scotland boss.

The Rugby Park manager is on the Scottish Football Association’s three-man shortlist to replace Alex McLeish, along with Aberdeen boss Derek McInnes and Scotland Under-21 coach Scot Gemmill.

Hampden chiefs will wait until after Sunday’s final round of Ladbrokes Premiership fixtures before making their move as they give Clarke and McInnes time and space to focus on their clubs’ respective fights for third place.

Killie only need to match the Dons’ result at Easter Road when they host Rangers to clinch their highest league finish since 1966 and with it a guaranteed Europa League ticket.

Clarke will not be around to lead the Ayrshire outfit into European action for the first time since 2002 if he is the man chosen to take over the national team.

But Scotland Under-21 left-back Taylor reckons his side’s grateful fans will only wish Clarke well if he decides to call time on his Kilmarnock reign.

The young defender – who was tipped for a national team call-up by his boss last week – said: “I don’t think any of the fans could grumble if he was to move on.

“He’s always been quite open with the supporters and the players that it was never a lifetime job.

“If he does go I’d imagine he’d leave with certainly all of the players and most of the fans’ blessing.

“Third place is now in our hands and we’ve got the chance to secure that on Sunday.

“I read somewhere that Kilmarnock haven’t finished third since the 1960s so what an achievement that would be.

“I think back two years ago to where the club was before Steve came in. Did European football ever seem like a possibility then? No.

“We only had eight points or something so it was never on the agenda. But as we gradually picked up results you began to think who knows where we could end up.”