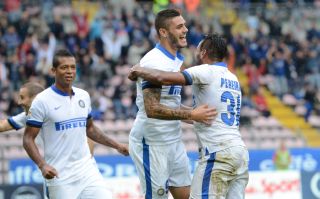 Thohir's International Sports Capital company (ISC) has purchased a majority 70 per cent stake in the Serie A club, ending months of negotiations between the entrepreneur and club owner and president Massimo Moratti.

Talks between Thohir and Moratti looked to have hit a snag over the 43-year-old's wish to buy a 100 per cent stake in the San Siro outfit.

The apparent stalemate has now come to an end, though, with the two parties reaching an agreement that ends Moratti's 18-year reign at Inter.

ISC are set to work in partnership with the Moratti family as they look to return Inter to the top of Italian football, and Thohir - who also owns a stake in NBA side Philadelphia 76ers and MLS club DC United - was quick to voice his excitement at the deal.

"Today is a truly special day in my life. I am honoured that Mr Moratti has entrusted me with the responsibility to lead Inter into the next chapter, and I am excited to have him continue in the future as my partner," he said.

"I am an entrepreneur, but first of all I am a supporter and a sports lover. I cannot wait to put our passion and international experience at the service of this fantastic club and its supporters."

Moratti, who has seen Inter win five Serie A titles and one UEFA Champions League crown under his presidency, is confident the club will experience great success with Thohir at the helm.

"I think Inter history is going to be enriched by a new season thanks to our new international partners who, I am sure, will contribute to a continued string of successes," he commented.