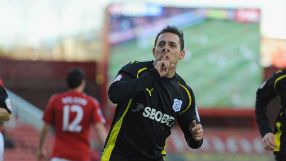 Chopra and Wilson were also charged with offering bribes to Heffernan.

"Following an investigation into suspicious betting activity on a number of races, the British Horseracing Authority has charged nine individuals with serious breaches of the Rules of Racing," the BHA said in a statement.

"The allegations focus on horses being laid to lose on betting exchanges in races that took place between 1st November 2010 and 31st March 2011.

"Former licensed jockey Andrew Heffernan (who is currently licensed to ride in Australia) and eight unlicensed individuals (Rocky Michael Chopra, James Coppinger, Paul Garner, Kelly Inglis, Yogesh Joshee, Douglas Shelley, Pravin Shingadia and Mark Wilson) have all been charged with a breach of Rule (A)41.2 of the Rules of Racing in that they conspired with other persons to commit a corrupt or fraudulent practice."

The charges relate to a number of races at Lingfield, Kempton, Wolverhampton and Southwell and the date of the hearing will be announced in due course.