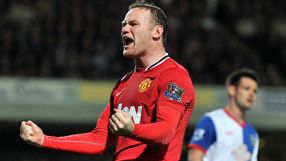 The leaders can heap the pressure on second-placed Manchester City by opening an eight-point gap over their big spending neighbours, who face a tough trip to Arsenal later in the day.

There are only seven league matches left and, if he maintains his scoring rate this season, Rooney is likely to get the four he needs to equal Best and Dennis Viollet's total of 179 United goals before the end of the campaign.

"I'm obviously proud to be up there and in touching distance of some legends of the club," the England striker told the monthly magazine Inside United.

"Hopefully I can overtake them soon."

Former Northern Ireland great Best, who died in 2005, and Viollet are joint third in United's list of all-time scorers behind Denis Law who netted 237 times for the Red Devils and Bobby Charlton with 249 goals.

"I've seen the record and a few people have reminded me of it as well but I'm still a long way away from Bobby (Charlton) and Denis (Law)," said Rooney.

"It would be an unbelievable feeling if I could get Bobby's record. Hopefully one day I'll be able to do it," added the 26-year-old, who already has 28 goals in all competitions this season.

"It's not something I look at all the time, it's something I'll probably take more notice of when I've finished playing."

Rooney has scored 21 goals in the league this season and another one or two against fourth from bottom QPR at Old Trafford at the weekend should turn up the heat on City who face a difficult assignment at third-placed Arsenal.