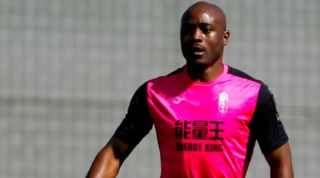 Adams brought Reo-Coker and former England midfielder Kieran Richardson in on trial at relegated La Liga club Granada, and despite failing to sign the pair immediately due to a "cash flow problem", the former Gunner said they would be given deals to join the club next season.

But it seems Reo-Coker wasn't too interested in what Adams & Co. had to offer, as he's joined Norwegian second division club Start instead until the end of the season. The Norwegian season finishes in October.

Reo-Coker, who has turned out for three different MLS clubs after playing for the likes of West Ham, Aston Villa and Bolton in the Premier League, had been on trial with the club from Kristiansand for over a week.

The 32-year-old has been without a team since leaving Montreal Impact in January 2016, and after trials – including ones at Lillestrom with Luke Moore and Granada with Richardson – he has accepted a permanent offer in Norway.

The former England U21 international is set to make his debut for the reserves on Wednesday night against Flekkeroy.