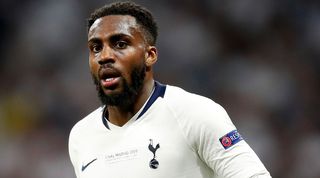 The 29-year-old has been left out of the Spurs squad for their pre-season tour to Singapore as he looks to find a new club.

Sky Sports News believes that the Ligue 1 champions are at the front of the queue for his signature as things stand.

Spurs have set a £20 million asking price for the experienced defender, who joined the north London club from Leeds United in 2007.

Fulham’s Ryan Sessegnon has been lined up as a replacement if Rose leaves the club this summer.