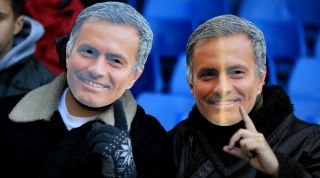 For this quiz, we’ve given you the teams each bloke has managed (not including caretaker spells) and put six minutes on the clock. Let us know how you do @FourFourTwo. After you've finished, share it around with some friends to see how they fare.

There's a few big-name managers who are out of work at the moment, but who could feasibly be in a Premier League dugout when next season kicks off – whenever that may be.

If some of them are taking over a top-flight English side next season, they'll even find themselves on this list. What greater incentive is there to take over a Premier League club?

In the meantime, they'll have to make do with whiling away the hours playing loads and loads of football quizzes, just like you.