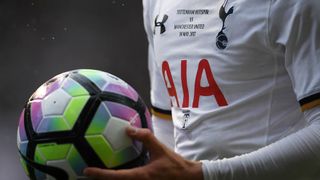 A season to savour for Tottenham saw them go unbeaten at home in the league for the first time in over 50 years.

Although Mauricio Pochettino's men failed to stop Chelsea's march to the Premier League title, Spurs continue to earn plenty of plaudits for their progress under the former Southampton boss.

A 2-1 victory over Manchester United on Sunday not only ensured the Tottenham faithful enjoyed a winning end to life at White Hart Lane, it secured second place and means you have to go back to May 2016 for the north-London club's last loss at home in the top flight. The last time Spurs went unbeaten at home in the league all season was 1964-65.

Spurs reeled off 14 home league wins in a row – equalling a club record set in 1987 – to clinch a return to the Champions League next term, none sweeter than the 2-0 victory over arch-rivals Arsenal last month.