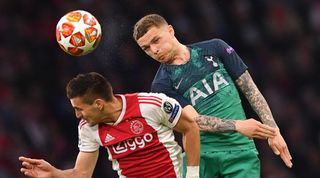 The England international has been strongly linked with a summer switch to Italy amid interest from Carlo Ancelotti’s side.

However, the Mirror reports that Atleti have now entered the fray, with Spurs boss Mauricio Pochettino showing willingness to listen to offers for the 28-year-old.

Veteran right-back Juanfran is set to leave Diego Simeone’s side at the end of the season and Atleti are eyeing a replacement.

Trippier is likely to start for Spurs in their Champions League final clash with Liverpool in Madrid on June 1 and no decision will be made on his future before then.

The England international, who played a key role in England’s run to the World Cup semi-finals last summer, has made 37 appearances in all competitions this season, scoring one goal.