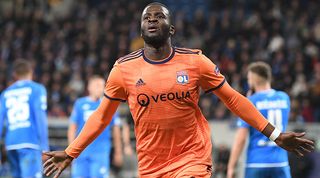 Tottenham have drawn up a wishlist of four players as they hope to mount a fresh assault on the Premier League and Champions League next season. Real Betis playmaker Giovani Lo Celso and Lyon midfielder Tanguy Ndombele are their top targets, with Maxi Gomez from Celta Vigo and Fulham’s Ryan Sessegnon also being linked with a move to north London, according to the Daily Mirror.

Nabil Fekir, Lyon’s attacking midfielder and captain, is wanted by both Manchester City and Liverpool, reports the Daily Express.

The managerial roundabout may soon start to turn, with Juventus close to securing the arrival of Maurizio Sarri, reports the Daily Mirror. The paper adds that Sarri would be keen on signing Tottenham and England full-back Kieran Trippier should he make the move.

Kevin Trapp, currently on loan at Eintracht Frankfurt from Paris Saint-Germain, and Venezuela striker Jan Hurtado (who plays in Argentina for Gimnasia y Esgrima), are top of Rafael Benitez's wishlist should a takeover of Newcastle go through, reports the Daily Express.

Full-back Elseid Hysaj wants to leave Napoli and could be heading for the Premier League, reports the Daily Mirror.

Romelu Lukaku: Inter Milan are interested in taking on the Manchester United No.9, but the Italian club will be forced to pay £62m according to Sportmediaset.

Rodrigo Moreno: Valencia are closing in on the signing of the Barcelona forward, reports Sport.