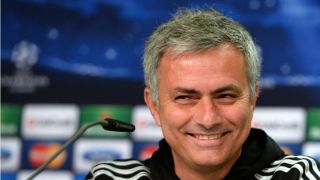 It is fair to say the Chelsea boss was never totally convinced by Andre Schurrle and so being able to replace the World Cup winner with Juan Cuadrado will leave the Special One beaming from ear to ear.

Schurrle returns to the Bundesliga, where he enjoyed four impressive seasons with Mainz and Bayer Leverkusen, while Cuadrado is set to slot in on the right-hand side of Chelsea's attacking trio behind Diego Costa.

A shrewd move from the Premier League title contenders, with the Colombian set to take the English game by storm with his work-rate and repertoire of skills.

The deadline-beating arrival of MK Dons' highly rated midfielder Dele Ali was not the best bit of news Spurs fans got this window as Harry Kane put pen to paper on a bumper deal.

The fans' favourite is now under contract at White Hart Lane until 2020 after taking his Premier League goal tally for the season into double figures late last month.

Having outshone the likes of Roberto Soldado and Emmanuel Adebayor in north London this term, the news will have as positive an effect as any new signing.

While many may baulk at the €32 million price tag the Bundeslga club have reportedly paid for Schurrle, Wolfsburg have done some good business this past few weeks.

As well as signing the 24-year-old, Kevin De Bruyne remains at the Volkswagen Arena despite apparent interest from Bayern Munich while key defender Ricardo Rodriguez agreed a three-year contract extension.

Throw in a thumping 4-1 win over Bundesliga leaders Bayern on their return to league action and coach Dieter Hecking will be a happy man.

To describe the final day of the window as low-key would be putting it politely. Other than the much-anticipated moves of Schurrle and Cuadrado, Monday saw some fairly meagre offerings of drama.

The likes of Davide Santon, Robert Huth, Gabriel Paletta and Wilfired Zaha all made moves but the final day of transfer action failed to match the excitement of previous years.

The Nice man looks set to be out of action for quite some time after a disagreement involving the French club, former employers Newcastle United and French football's governing bodies.

It centres on whether an Under-21 outing for Newcastle counts as one of Ben Arfa's three permitted appearances for different clubs in one season and, in short, it seems it does.

With the Frenchman - one of Europe's brightest prospects as a youngster - in limbo following his loan spell at Hull City, it certainly has not been a positive few weeks for his hopes of resurrecting his career.

Nobody loves deadline day more than the QPR boss - with the 67-year-old having pulled off plenty of late swoops in recent years.

However, with current chairman Tony Fernandes vowing not to splash the cash, Redknapp was unable to offer any transfer snippets to waiting reporters as has become the custom.