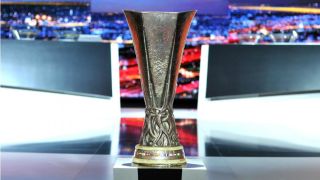 University College Dublin manager Collie O'Neill takes his side to Slovan Bratislava in the UEFA Europa League second qualifying round on Thursday, but is already enjoying one of the most memorable years of his life so far.

O'Neill's men only qualified for Europe via the Fair Play League, yet pulled off arguably the biggest win in their history when they defeated F91 Dudelange of Luxembourg in the last round.

Following a 1-0 win at the UCD bowl, Ryan Swan scored a crucial away goal in the 17th minute of the second leg and, despite playing with 10 men for more than an hour, the Irish outfit progressed thanks to a 2-2 aggregate draw.

But the drama did not stop there for O'Neill, who raced back from the fixture and arrived home just in time to attend the birth of his son.

"Carl O'Neill born at 5:40am, so good of my wife to hold on till I got back from Luxembourg," he tweeted at the time.

UCD are one of two Irish clubs left in the competition, with Shamrock Rovers hosting Odd in their first-leg clash, while Linfield from north of the border head to Spartak Trnava.

Premier League side West Ham will be confident of getting the better of Malta's Birkirkara, and Inverness Caledonian Thistle, Aberdeen and Newtown complete the line-up of clubs from the British Isles.

Denmark remain well represented in the competition, with Brondby facing Beroe and Randers taking on Elfsborg.

Rosenborg and Stromsgodset join Odd in flying the flag for Norway against KR and Mlada Boleslav respectively, while AIK of Sweden are at home Armenia's Shirak and IFK Gothenburg tackle Slask Wroclaw.

Swiss outfit Thun are on the road at Hapoel Be'er Sheva of Israel, Dacia Chisinau are at home to Zilina, Alashkert head to Kairat and Skonto play Debrecen in Riga.

The result for reaching the next round could be a clash with Bundesliga heavyweights Borussia Dortmund or La Liga outfit Athletic Bilbao.