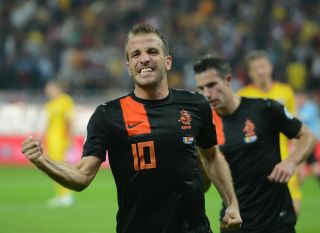 Hiddink – who has replaced new Manchester United manager Louis van Gaal – named a 25-man squad on Wednesday in preparation for two fixtures next month, beginning with a friendly against Italy on September 5.

Van der Vaart has not featured for the Netherlands since November 2013, a goalless friendly draw against Colombia.

The 31-year-old, who battled hamstring and calf problems last term, has scored seven goals in his last 12 national team appearances.

Van der Vaart is one of four members of Hiddink's squad who did not feature at the World Cup, with Erik Pieters, Gregory van der Wiel and Jeroen Zoet all winning call-ups.

Of the 23-man World Cup squad, Jonathan de Guzman and Terence Kongolo have been dropped. Netherlands finished third in this year's showpiece in Brazil.