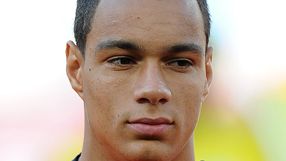 The young Dutchman, who had an impressive World Cup with the Netherlands, was understood to be on the verge of a €20 million transfer to the Bundesliga giants when the deal fell through as the two teams failed to agree terms by noon on Wednesday.

An Ajax statement announced that the deal was off.

"Ajax and Bayern Munich are no longer in talks about Gregory van der Wiel.”

This could now potentially open the door for Arsenal boss Arsene Wenger to make a move for the 22-year-old right-back.

The Gunners are short of defensive cover following the departures of William Gallas, Mikael Silvestre and Philippe Senderos from Emirates Stadium, with Sol Campbell expected to follow suit.

Arsene Wenger has already brought in Laurent Koscielny from French side Lorient and more reinforcements are expected.

And Van der Wiel could be swayed into a move to Emirates Stadium by Dutch team-mate Robin van Persie.

Ajax are understood to be keen to offload some of their prize assets as they attempt to balance the books.

World Cup stars Luis Suarez of Uruguay and Dutch goalkeeper Maarten Stekeleberg are also rumoured to be available for transfer from the Amsterdam Arena.

The Dutch club currently find themselves embroiled in a battle to keep their manager Martin Jol, who is keen on taking the vacant position at Fulham.