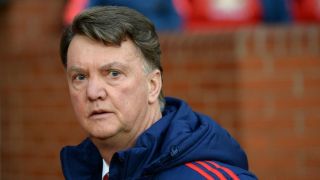 Manchester United manager Louis van Gaal believes traffic had more of an impact on fans leaving Old Trafford early than his team's style of play during their FA Cup victory over Sheffield United.

United claimed successive victories for the first time since November as a late Wayne Rooney penalty ensured a 1-0 defeat of their League One opponents.

However, United again faced criticism for their style of play, with former midfielder Paul Scholes blasting the performance as "negative".

Asked about fans leaving before full-time in his pre-match media conference ahead of Wednesday's trip to Newcastle United, he responded: "Maybe also because of the traffic they leave the stadium a few minutes earlier, there are many reasons to leave the stadium at the last minute.

"Me at the stadium when I was looking at matches to analyse the opponent, I have done that also. You can be very negative but we are in the next round, we have won two matches in a row. You have to be happy as a fan of Manchester United.

"The fans have supported our team, it is not an easy time now, the fans were there. How many stadiums were like ours full? You can mention how they leave but you can also mention how they come."

United's first shot on target at the weekend was met with ironic cheers. Pressed on the reaction of the crowd, Van Gaal responded: "I can understand that, it was a fact that we are not shooting too much and that we were not able to shoot at the goal too much. I said that also."

Van Gaal was also quick to dismiss claims he is overly focused on the threat of their opponents, saying: "I'm not more concerned about the opposition, it's part of the job.

"You have to know what they want and how they play and then you can help your players. I do think I'm more thinking how we have to attack, how we have to improve. Because we are defending very well."