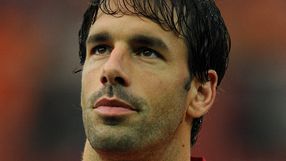 The Netherlands play away to Hungary on March 25 before the return at the Amsterdam Arena on the 29th.

A groin problem has ruled Bayern Munich winger Robben out of what would have been his first appearance for the Dutch team since they lost the World Cup final to Spain in South Africa last year.

Janssen has a knee injury while Huntelaar turned up in Noordwijk on Monday for the start of the training camp but proved not fit enough for the double header.

The coach had dropped a hint last week that Van Nistelrooy, who now plays for Hamburg, could be called up as a replacement for Huntelaar.

The Dutch are top in Group E with 12 points after four matches, three more than Hungary.