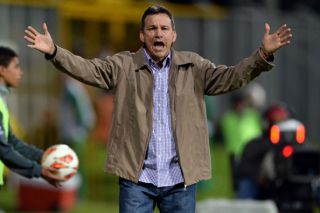 Pedro Vera's Trujillanos eased to their fourth straight league win with a resounding 4-0 victory at Yaracuyanos.

With Zamora still out of action due to Copa Libertadores duties, Trujillanos took advantage to go a point clear at the top but having played two more games.

Ernesto Zerpa's own goal sent Trujillanos on their way at Yaracuyanos before Edward Bracho added a second on 34 minutes.

Irwin Anton and Freddys Arrieta struck in the final 17 minutes against a side sitting 16th with just one win this season.

Mineros de Guayana were unable to climb above Zamora and into second after being held 1-1 at Deportivo Tachira.

Caracas and Tucanes – fourth and fifth respectively – played out a 1-1 draw.

Deportivo Lara suffered their first loss of the season as Carabobo claimed an impressive 4-2 win at the Estadio Metropolitano de Futbol de Lara and Jose Moreno's first-half brace helped Deportivo Anzoategui to a 3-0 win at home to Deportivo La Guaira.