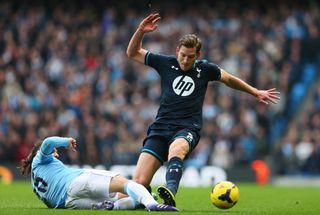 The Belgium defender has not featured for the first team since sustaining an ankle injury in the London derby victory at Fulham early last month.

Vertonghen proved his fitness in a 3-0 win at Upton Park on Thursday alongside Paulinho, Sandro and Younes Kaboul, who are also on the road to full fitness following injury layoffs.

Tim Sherwood has replaced Andre Villas-Boas during Vertonghen's absence and the former Ajax man is determined to play his part in a new era at White Hart Lane.

He told the club's official website: "I felt fine. I partnered with Younes, we had a strong team and it was just about the perfect game to come back in.

"I need a little more mobility and training but I played 60 minutes and I'm ready. I'm very happy to be out there again, happy to be back with the lads in the dressing room.

"We've won five of the last six, we're fifth in the table and we want to keep going.

"You always need competition for places to progress and everyone wants to play the next game."

Tottenham have won four Premier League games in a row but face a stern test when Manchester City visit next Wednesday.