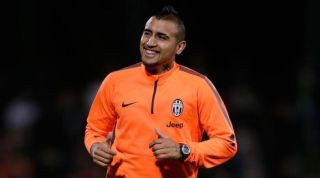 The Chile international has been linked with a move to Manchester United throughout the close-season.

Despite that, Allegri has consistently said Vidal would stay with the Serie A champions – and that appears likely to happen with the transfer window closing Tuesday.

Allegri said Vidal's knee still needed to be managed, but the midfielder is set to start against Chievo.

"Vidal's knee is fine, and he's trained well this week. Obviously we'll have to manage it but tomorrow he will start," he said on Friday.

"Regarding his stay in Turin, both me and the club have said it time and time again: Arturo Vidal is a Juventus player, an important player, absolutely crucial for us and he will stay in Turin."