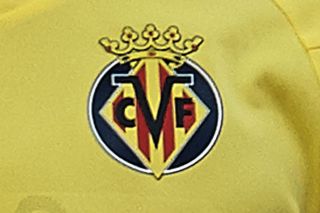 The Castello-based club identified the man using CCTV less than 24 hours after he threw a banana onto the pitch towards Alves, who was preparing to take a corner.

While Alves responded with a smile on his face, peeling the banana and consuming it before taking the set piece, Villarreal immediately treated the incident very seriously, launching an investigation to identify the man, before revoking his season ticket on Monday and banning him from their stadium for the rest of his life.

"Villarreal would like to make it clear that the club deeply regrets and condemns the incident that happened yesterday during the match against Barcelona in which a fan threw an object onto the pitch at El Madrigal," a statement from Villarreal read.

"Thanks to the security forces and the invaluable assistance of the Villarreal faithful, the club has already identified the culprit and has decided to withdraw his season tickets and issue a lifetime ban barring him from accessing El Madrigal.

"Once again our club would like to express its firm commitment to promoting respect, equality, sportsmanship and fair play both on and off the pitch and our absolute rejection of any act that is contrary to these principles, such as violence, discrimination, racism and xenophobia."