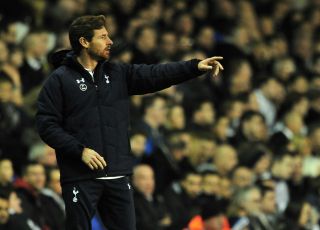 Villas-Boas criticised the White Hart Lane faithful after Sunday's Premier League victory over the same opponents and called on them to get behind his side.

And the former Chelsea boss was pleased with the response as the London club beat Steve Bruce's side on penaltes, after a 2-2 draw in extra time.

"It was a great, entertaining game and the supporters were absolutely fantastic," the Portuguese said.

A stunning strike from Gylfi Sigurdsson gave Tottenham the lead, but veteran goalkeeper Brad Friedel's own goal took the tie into extra time.

Paul McShane then put the visitors in front, before Harry Kane levelled and Tottenham progressed to the quarter-finals after coming out on top in the shootout courtesy of Ahmed Elmohamady's miss.

And Villas-Boas was in no doubt that the fans played a key role in the victory.

He added: "To see their response after we suffered a setback was very pleasant, they can make that difference for us.

"It was a great atmosphere and it was great for the team to feel that empathy with the supporters."