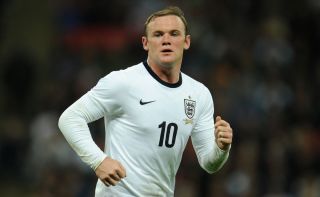 Vogts managed Scotland from 2002 to 2004 and has now admitted that while in charge of the country he made an audacious attempt to try and persuade the teenage Rooney to play for them.

The German, who is now in charge of Azerbaijan, claims he flew to England to try and woo the teenager, at the time still at Everton, who would have qualified to play for Scotland through his grandparents.

"I spoke to Wayne Rooney. His grandmother, she is Scottish," Vogts said.

"The Scottish Football Association found the grandmother and I made the call. I flew from Glasgow to Everton.

"He was playing under David Moyes at Everton and I spoke to him - a young lad of 16 years of age. I said to him 'You can play for Scotland'."

Ultimately, those attempts at persuading Rooney were unsuccessful, with Vogts revealing that the youngster turned him down immediately.

According to the German, the Manchester United striker replied: "I am English, I am English! I'm so sorry boss, I'm English."

Rooney went on to make his England debut at the age of 17 and has since won 84 caps for his country.

His 36 goals for England have put him as the country's fifth-highest scorer of all time.