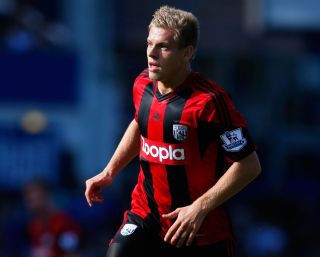 The Czech Republic international was substituted after picking up the problem in the 3-0 League Cup victory over Newport County on August 27.

The injury meant Vydra was unable to join up with his national squad for their FIFA World Cup qualifiers with Malta and Bulgaria this month.

But the 21-year-old - who is on a season-long loan deal from Serie A side Udinese - insists he is now ready to return to Premier League action.

"The first prognosis saw me out for four weeks," he told chovanecsport.cz.

"It was not good enough for me to be able to join the national side.

"Now I feel in perfect shape. The leg doesn't hurt and I'm ready. I played 60 minutes for the reserve team against Reading and even scored, then another 45 minutes for the first team versus a youth side from Derby County.

"Everything was fine. I have been in training with the first team for quite some while already and endured the full burden without any problems."

Vydra faces stiff competition for a starting place in Steve Clarke's starting XI, with the likes of Nicolas Anelka, Shane Long and Victor Anichebe all at the Scot's disposal.

And Vydra accepts he will have to work hard to nail down a spot in the first team.

He added: "We have about seven forwards and use two. I know I have to work hard to convince the manager."