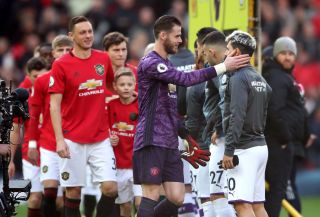 The Premier League confirmed players will hold talks with their clubs over wage deferrals and football will not restart in early May because of the coronavirus pandemic.

Here, the PA news agency looks at the talking points from Friday’s statement.

Clubs will talk to players about wage deferrals

Premier League players and clubs were facing mounting criticism after furloughing non-playing staff while their squads’ wages were yet to be considered. But after Friday’s meeting, the top flight confirmed clubs “unanimously agreed to consult their players regarding a combination of conditional reductions and deferrals amounting to 30 per cent of total annual remuneration”.

Football will only resume when it is safe

Elite football in England was initially halted until April 30 and the Premier League has now confirmed it will not resume in early May. No date has been set but the top flight and EFL will continue to review the situation and only return when it is safe.

The Premier League will advance the EFL and National League £125milion

Another unanimous vote confirmed an advance of £125million to help EFL and National League clubs during the crisis. The Premier League wanted to “immediately deal with the impact of falling cash flow”.

There will be £20million for the NHS and others

The thoughts of all those at The Premier League and our clubs are with those directly affected by COVID-19 pic.twitter.com/m12qXF3gen— Premier League (@premierleague) April 3, 2020

Having spoken to the Department for Digital, Culture, Media and Sport, the Premier League will commit £20 million to support the NHS, communities, families and vulnerable groups during the COVID-19 pandemic. It will include a direct contribution to the NHS and funds to enable clubs to refocus their efforts and develop significant outreach programmes to help communities.