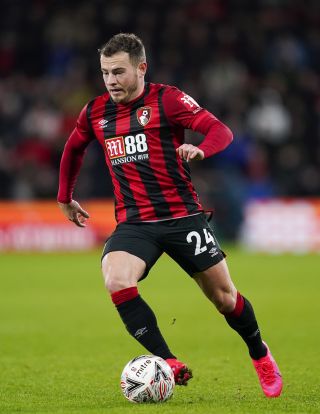 Bournemouth will be without wantaway winger Ryan Fraser for Saturday’s Premier League clash with Crystal Palace.

Cherries boss Eddie Howe confirmed Scotland international Fraser had played his last game for the club after rejecting the opportunity to extend his contact beyond the end of June.

Winger David Brooks could make his first appearance for almost 14 months after overcoming a long-term ankle problem but left-back Charlie Daniels (knee) is not expected to be involved.

Palace will be without injured trio James Tomkins, Jeffrey Schlupp and Martin Kelly at the Vitality Stadium.

Schlupp, who has not played since December, suffered an injury in training, while Tomkins has not recovered from a previous issue and Kelly has picked up a calf problem.

Eagles boss Roy Hodgson has no other selection concerns.