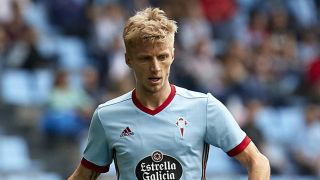 Valencia have signed midfielder Daniel Wass from Celta Vigo on a four-year contract.

The Denmark international made 103 LaLiga appearances during a three-year spell at Celta, where he scored four goals in 2017-18 to help the club finish 13th in the table.

Wass started his career at Brondby before spending four seasons in Ligue 1 with Evian – the first of those campaigns being a loan switch from Benfica – before his move to Balaidos.

The right side of midfield was a problem position for Marcelino last season, he utilised 18-year-old forward Ferran Torres on the flank a number of times, but the arrival of 29-year-old Wass offers the head coach a more experienced option.