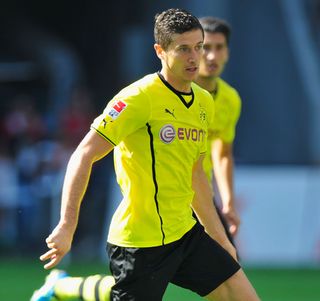 The Poland international striker was frustrated throughout the close-season as the club denied him the opportunity to move to Bundesliga rivals Bayern Munich.

Dortmund look set to lose the 25-year-old on a free transfer at the end of the season as he is now in the final year of his contract.

But last season's Bundesliga runners-up decided to hold on to him in the hope his goals help them reclaim the league title from Bayern - and Watzke said they are happy with their decision.

"In the end, my conclusion is that; I do not want to be too positive but I think that Borussia Dortmund are well positioned for the future," the chief executive said.

"But we know as well that we are now in a crucial phase in terms of our sustainability in the sport.

"That is the only reason we have not sold Robert Lewandowski. All of us at the club - (general manager) Michael Zorc, (manager) Jurgen Klopp, me, the management and all other bodies - were all in agreement, because we want to bring the best possible team to the pitch this year.

"Therefore we had to make compromises."